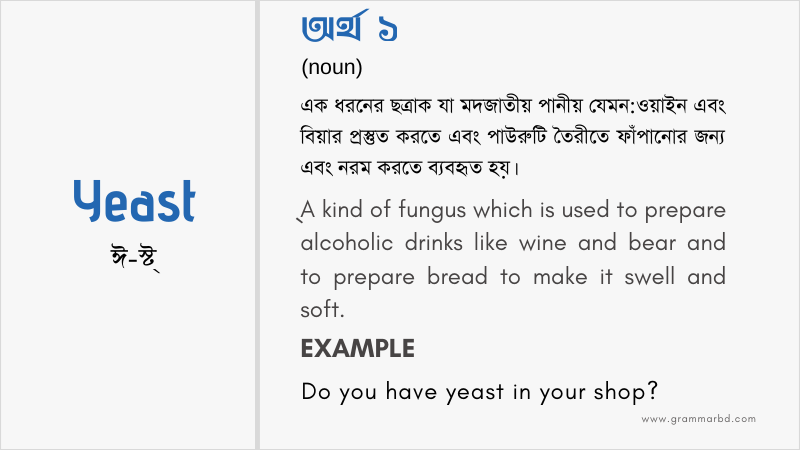 A kind of fungus which is used to prepare alcoholic drinks like wine and beer and to prepare bread to make it swell and soft;