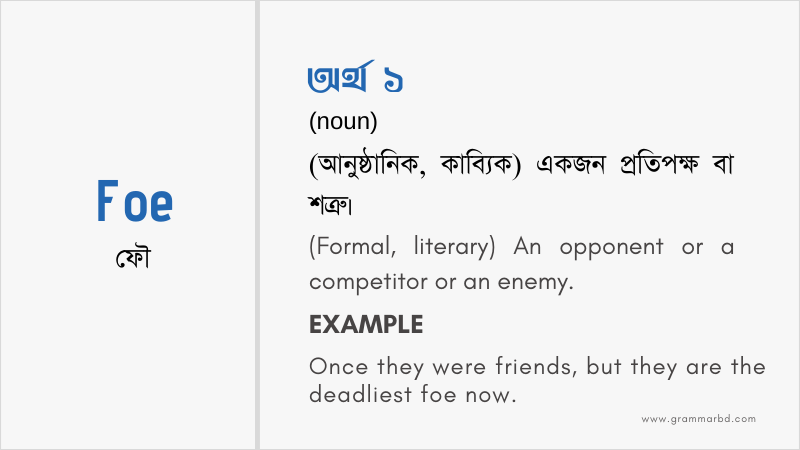 (Formal, literary) An opponent or a competitor or an enemy;

Abbreviation for Friends of the Earth