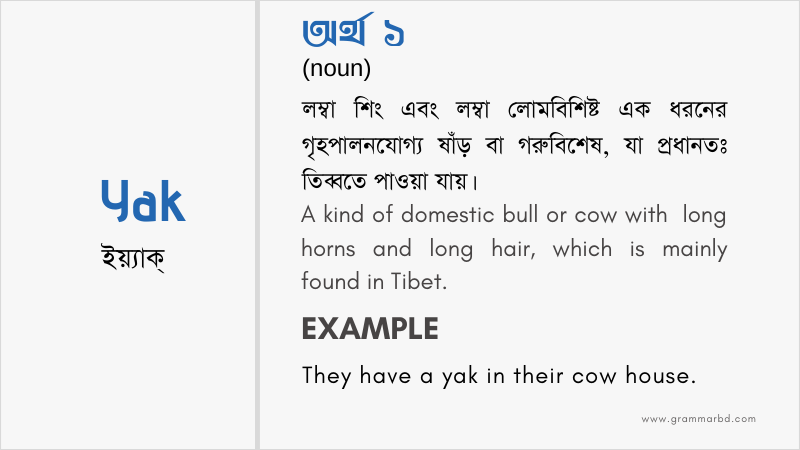 1. A kind of domestic bull or cow with long horns and long hair, which is mainly found in Tibet; 2. Unduly prolonged or trivial conversation;

Talking for a long time without any objective or about unimportant matters;