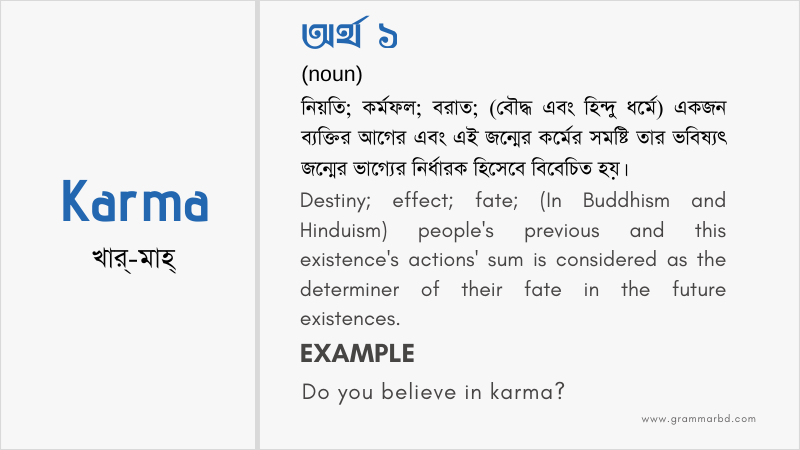 Destiny; effect; fate; (In Buddhism and Hinduism) people’s previous and this existence’s actions’ sum is considered as the determiner of their fate in the future existences;