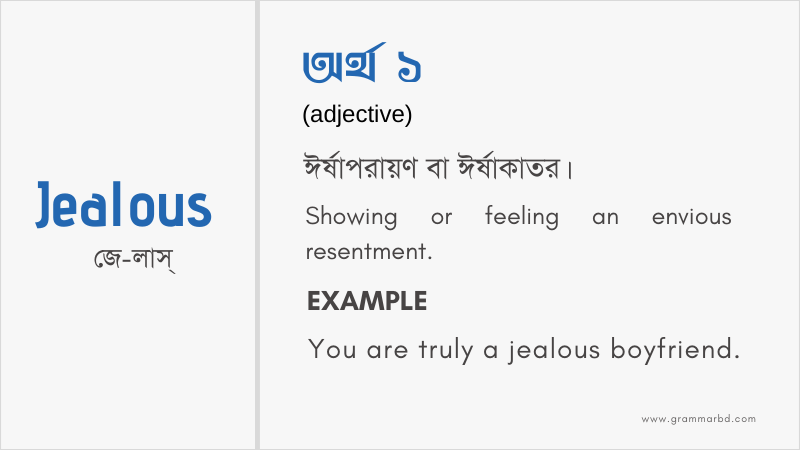 Showing or feeling an envious resentment because of 1. You wish if you had someone else’s success, advantage, or qualities; 2. You fear that whom you love is loved by someone else or loves someone else; 3. You are very careful about protecting something or someone else;